How do automobiles work? What are the core principles of automobiles? Why haven't I owned one until recently? Why do I own one? The answer to these questions and probably more may appear in this blog post.

Let's start with a bicycle, my preferred mechanism of transportation. Despite slander that occurs against it, bicycling is one of the most efficient forms of transportation that exists. I'll get to why below. Why would anyone need anything else? Well, bicycles are terrible modes of transportation for long distances. I live far enough away from work to make cycling a bad commute. I can do it, but not 5 days a week, not even 3 days a week. Bicycles are light and provide significant advantage over walking, running, swimming, kayaking, driving, and bussing, but in a very short range. Anyone who says they bicycle to and from work everyday lives a short distance from work or can cycle for a significant amount of time. How far is the furthest I've heard someone commute by bicycle? 17 or so miles up hill both ways is about the furthest and the cyclist was in terrific shape. The furthest I've cycled daily is 5 miles each way. It was so difficult that I could only ride 4 times per week, leaving me at home 1 day per week.

Efficient? If you are limited to only cycling 50 miles per week, your carbon footprint is almost non-existent. Remember that your footprint is eating and then breathing, something that all drivers must also do. If you eat more than a driver (which is silly to consider), it won't be much. Then where does all that energy (kinetic: ½mv² and potential: mgh) come from? Well, it's pretty clear that it's the pedaling you do. But everyone should exercise. Cyclists just do it on their way to work instead of at a gym or running in a circle. Have you ever exercised before? So let's compare a car and driver to a cyclist.
Random carbon footprint calculator says a car emits 1.03 metric tons of CO2 driving 2500 miles.
Another random carbon footprint says that the average American emits 20 metric tons of CO2 in a year.
But these are not good comparisons because the average American drives to work. The average person in the Netherlands rides a bicycle to work and emits 10 metrics tons of CO2 in a year. So the amount of carbon emission between a cyclist and a driver can vary by 10 metric tons per year. A car driving just 5 miles each way only emits 1.03 metric tons, so we're talking about an order of magnitude difference in carbon footprint. Alas, this doesn't solve the problem of whether bicycles are more efficient than cars, but it does provide us with some scale. 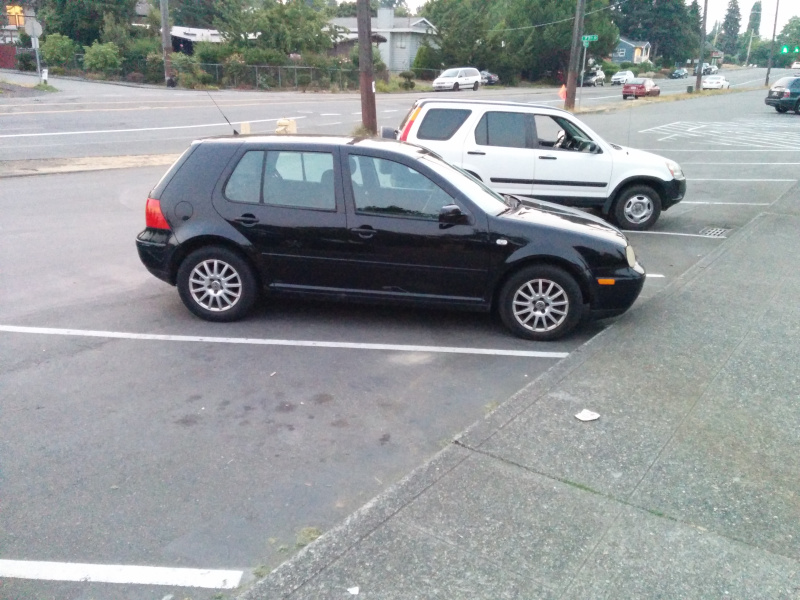 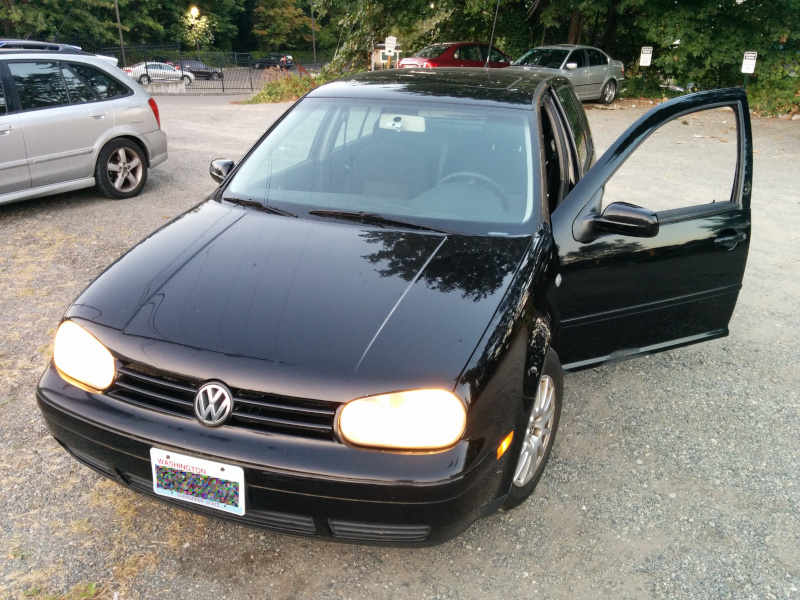 I could bus to the train instead of cycling for a small amount of time each day, but busses are unpredictable. So much so that anyone who relies on Seattle's busses has the same story: I've been stranded for hours in recent memory. I've been renting cars for travel recently to make up for not owning a car. It started to become expensive. Expensive enough that I might as well buy a car. I know that cars are expensive, so instead of buying an expensive car, I kept my ears open for a car that was far better than it cost. So I bought the above car for approximately the cost of 2 or 3 rentals. I'm insuring it so I can drive as much as I want under the limit I have imposed, and I did the math on gasoline and maintenance. It turns out that if I drive this car a lot, it'll be expensive, but not as expensive as renting a car and taking Lyft to events that I could easily have driven.

Why would I go and buy a car then? Simply put, I want to drive to people who are far enough away that I can't ride my bicycle easily but close enough that flying isn't a good option. You might think that busses and trains fit this, but if you've ever tried to bus or train in the automobile sweet spot (10-100 miles), you know that it is not a reasonable option for everyone. That now includes me. I guess it included me for my entire life, I just crafted my life around not going 10-150 miles more than a few times per year -- as if it was 300 miles away.

There are two probably not so obvious problems with the expense part. First of all, maintenance, insurance, and the automobile itself all incentivize more driving. It becomes a cheaper by the dozen problem, so driving to work is cheaper than bussing to work if you don't get a "free" pass from work (which I do). But I am committed to cycling to work (using the train for the long part through the city) whenever possible. While cycling is slower by a half hour, it solves the problem of exercise which I often need. It also solves the problem of moving coworkers to and from the work site. If I have a car, they don't need one (cost of parking: ~$20). If they have a car, I don't need one (cost of parking: ~$20). If we both have cars, only one has to drive (cost of parking: ~$20). If neither have cars, we take a Lyft (cost of Lyft: ~$30). The next problem with car expense is that it is unpredictable. Maintenance of a car should cost around $600 per year for a car as old as mine. But my friends tell me they pay over $1000. Are they being ripped off? Probably. Does it make sense for them to shop around? Probably. Can they actually get a good deal? Who knows? Finding a trustworthy mechanic is not difficult, it's just not in your favor. If you have car trouble, you are over a barrel. If you can fix your own car, your time is valuable because you're a smart person.

It turns out that there's something pretty cool about cars that you might not know about. There are user serviceable parts and there are non-user serviceable parts. Headlights and tail lights are user serviceable. That means that in a reasonable amount of time, you should be able to change a bulb on anything but a supercar or exotic. I'll get to those a bit later. Your normal fuel efficient car is going to have fluids that are user serviceable and those fluids will be slightly different depending on the car, but will have names that will fit to a few different systems in the car. That means that you can learn the big picture of how a car works just by understanding the consumables and the parts that they go into. Unfortunately it's late so I'm not going to get into it, but if you read a Haynes manual for your car, you'll find that a lot of the things you were scared about in automotive maintenance and repair are actually a matter of a few hundred bucks or less. I spent a little bit of money on my car, but not that much. Why aren't exotic or supercar bulbs easy to change as the rest of automobiles? Because the eyes are the window to the soul, and so exotics and supercars make their lights incredibly intricate. That might convince the manufacturers to use long-lived parts, or it might incentivize them to make a killing off maintenance.

I have a lot of good ideas about how to make my car awesome to drive. But to be quite honest, the small things are by far the most important. Regular maintenance! Check those fluids as often as they need to be checked. Check under your car for a puddle of liquid. Check to make sure you don't leave your interior lights on. Listen to your engine once in a while to make sure it sounds like it sounded yesterday. Keep your tank past 1/4. Keep your tires full of air but not overinflated. Don't stick stickers to your car that you think you'll want to remove 10 years from now. Give your car a personality and a life of its own.