I spent a few hours on art so I thought I might spend a few minutes writing about it and sharing it. The first one I worked on was 3D hair in Blender. A while back I learned how to use the Cycles render in Blender which makes very nice looking renders for 3D models made in Blender. My proof of concept was a beautiful bucket of water splashing on a cube. It worked [195kB]. So what could I do that would be more practical? Wet t-shirt contest? Not yet. Instead I've always wanted to render hair in real-time like the Final Fantasy series. I've had troubles even getting the look right. It turns out that Blender is quite good at rendering hair. My hair [296kB] looks a lot less awesome than their hair, but the physics and mesh is absolutely perfect. How did I make my hair? I took a plane and an icosphere. I subdivided the plane and moved the corners and middles outward. This makes a star shape. I moved the outer part of the star down and I moved the middle part of the star down a bit as well. Then I made the star (now almost hair) into a cloth with 80x friction. I turn the icosphere into a collision object and start the animation. When it looks right, I stop it and apply the cloth modifier. Then I turn it into a cloth again. Then I can animate the icosphere and the hair. Simple, no? I modified my samples to 40 so that it looks a little less grainy. Samples is a very important part of Cycles and can be found in the render tab under the Integrator section. If you set samples to 10000, it will take a long long time to render. Artists often set this fairly high for their end product.

My second piece of art I worked on tonight was a simple greyscale 2d line art sketch with my new tablet (pen tablet, not screen tablet). The sketch which was done entirely with pen is first. 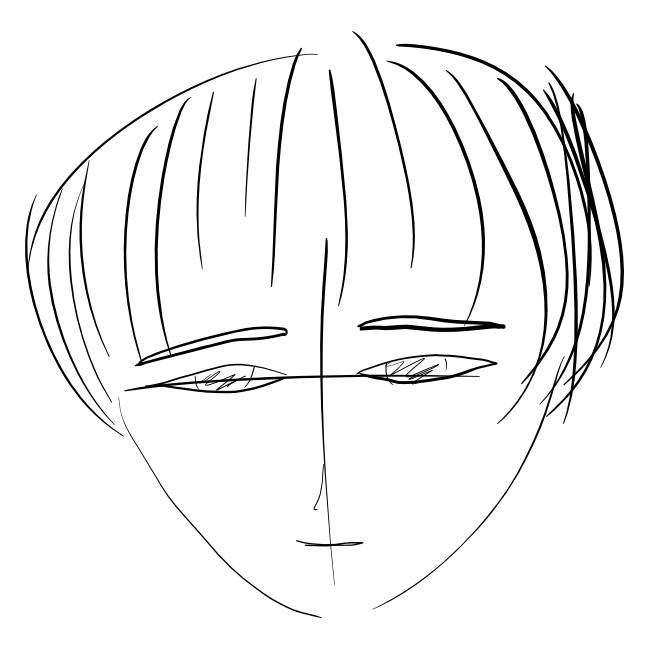 Then I cleaned up a few things with mouse and filled in the hair and skin. 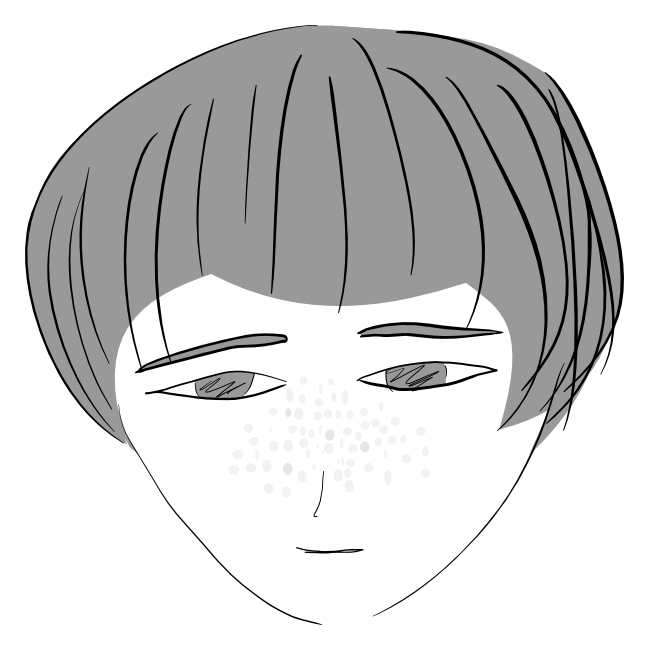 As you can see the quality of my sketching has improved by a factor of 2 or more. Also improved is the speed at which I can draw. What really impressed me is that this is from memory of a girl I saw on Tuesday. She was easily memorable because of her hair style and freckles, but I am generally awful at drawing people from sight or memory. Could it be love? I will never know because I didn't talk to her.